Intel's Mobileye is putting its robotaxis to the test in Paris traffic as it tries to convince regulators and the public of the technology's benefits https://t.co/ZitNNmltZu 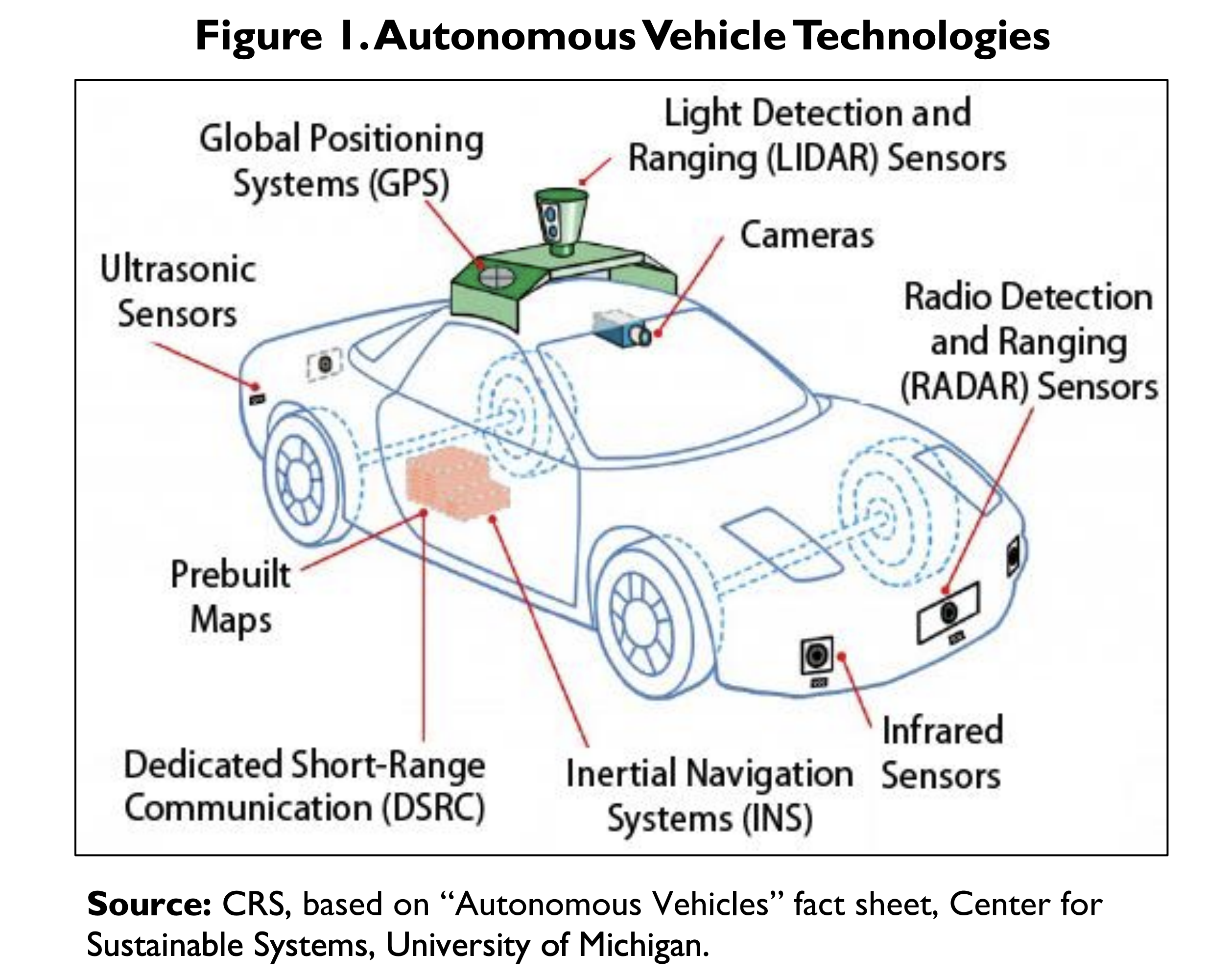 Technologies that could guide an autonomous vehicle include a wide variety of electronic sensors that would determine the distance between the vehicle and obstacles; park the vehicle; use GPS, inertial navigation, and a system of built-in maps to guide the vehicle’s direction and location; and employ cameras that provide 360-degree views around the vehicle. To successfully navigate roadways, an autonomous vehicle’s computers, sensors and cameras will need to accomplish four tasks that a human driver undertakes automatically: detect objects in the vehicle’s path; classify those objects as to their likely makeup (e.g., plastic bag in the wind, a pedestrian or a moving bicycle); predict the likely path of the object; and plan an appropriate response. Most autonomous vehicles use dedicated short-range communication (DSRC) to monitor road conditions, congestion, crashes, and possible rerouting. As 5G wireless communications infrastructure is installed more widely, DSRC may evolve and become integrated with it, enabling vehicles to offer greater interoperability, bandwidth, and cybersecurity. Some versions of these autonomous vehicle technologies, such as GPS and rearfacing cameras, are being offered on vehicles currently on the market, while manufacturers are studying how to add others to safely transport passengers without drivers.

Manufacturers of conventional vehicles, such as General Motors and Honda, are competing in this space with autonomous vehicle “developers” such as Alphabet’s Waymo. In addition, automakers are aligning themselves with new partners that have experience with ride-sharing and artificial intelligence: