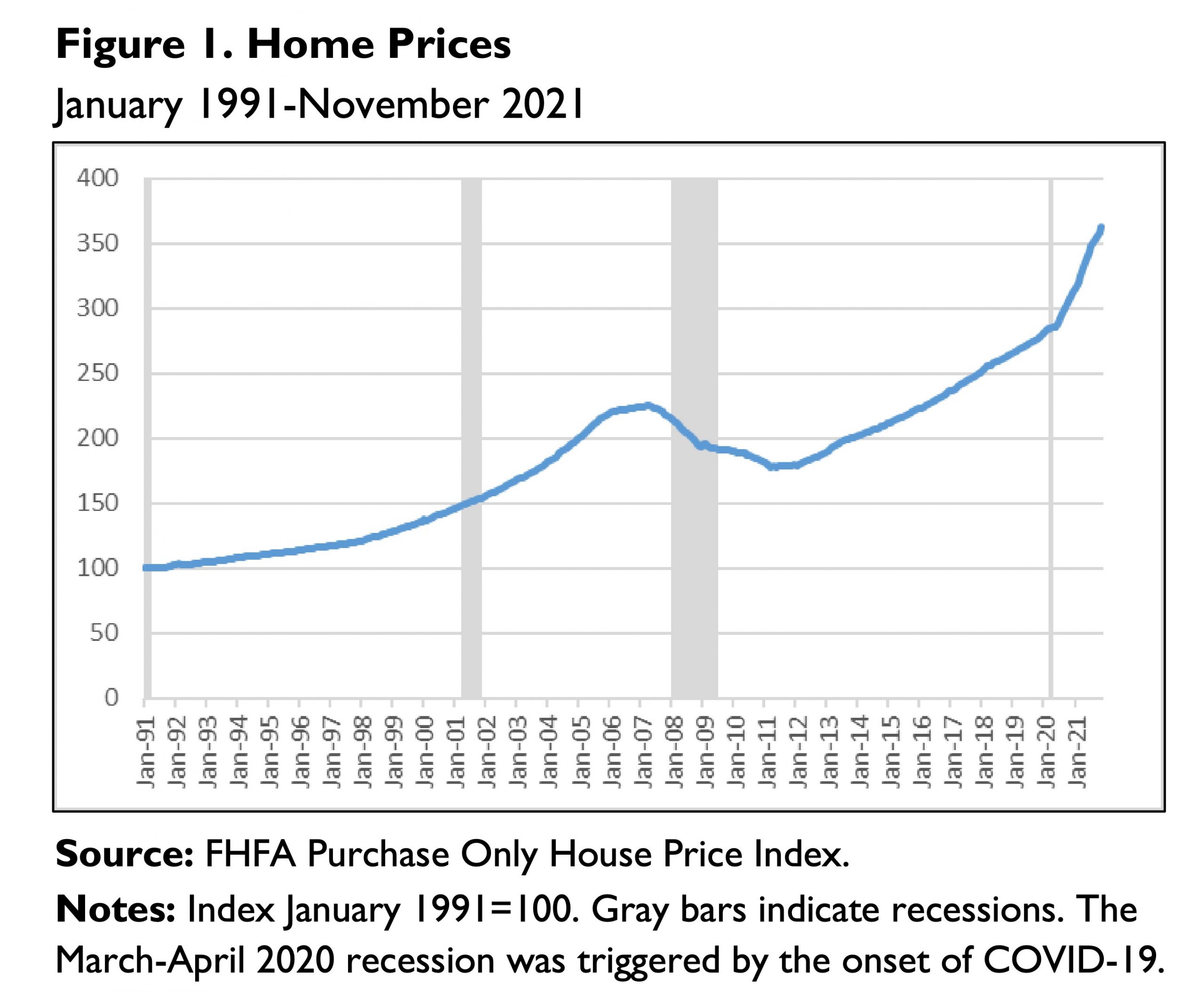 The upward trend in home prices over the last decade started in mid- to late 2011 partly as demand rose with an improvement in household incomes and balance sheets (and the economy) after the 2007-2009 financial crisis and housing bubble burst. Accompanying the recovery was the start of a general downward trend in mortgage interest rates that has been attributed to a number of factors, including Federal Reserve (Fed) policy, slower than expected economic growth following the financial crisis, a global savings glut, and aging demographics. Mortgage rates continued to hover around historic lows into 2022, supporting home-buying demand.

More recently, changes in household behavior during the pandemic have further pushed up demand. In the initial months of the pandemic, the personal saving rate rose significantly, leaving some potential homebuyers better positioned to purchase homes. The pandemic also changed the preferences of some households for amenities correlated with homeownership, such as more square footage and larger yards. The National Association of Realtors (NAR) reported that in 2021 existing home sales reached their highest level since 2006.

On the supply side, even before the pandemic, the inventory of new and existing homes had been relatively low compared to levels in the late 1990s and early 2000s. The low home inventory was drawn down further during the pandemic. For example, in the second half of 2020, the inventory of new homes was equivalent to 3.5 months of supply at the then-current sales pace, matching the all-time low set in August 2003. The NAR’s latest data show that the inventory of existing homes reached an all-time low equal to 1.8 months of supply in December 2021. A six- to seven-months’ supply of homes is typically thought to indicate a balanced housing market.”