Carbon-free green hydrogen will be cost competitive by 2025
It’s not about green sentiment, anymore. It is about national energy insecurity and being part of a huge emerging market of a kind that happens once in a century. The promise of hydrogen economy is huge – it completely excludes carbon from the energy equation. The major prerequisite for hydrogen economy is abundance of electric power from non-carbon sources – wind, solar and nuclear. While regulations, public sentiment and uncertainty mar the future of nuclear technology, the other two sources, wind and solar, are winning the world. Yet the common problem of renewable energy sources is highly variable production cycle which requires complex balancing act and storage solutions for seamless integration with the grid. That’s where hydrogen technology shines, no other technology offers today the same conversion flexibility and energy density as hydrogen. The hydrogen market has a potential to reach into a trillion dollar territory in just a few years.

Hydrogen emerges as an universal energy carrier that balances wildly fluctuating output from renewable power generation, such as wind and solar photovoltaics, with grid power demand. 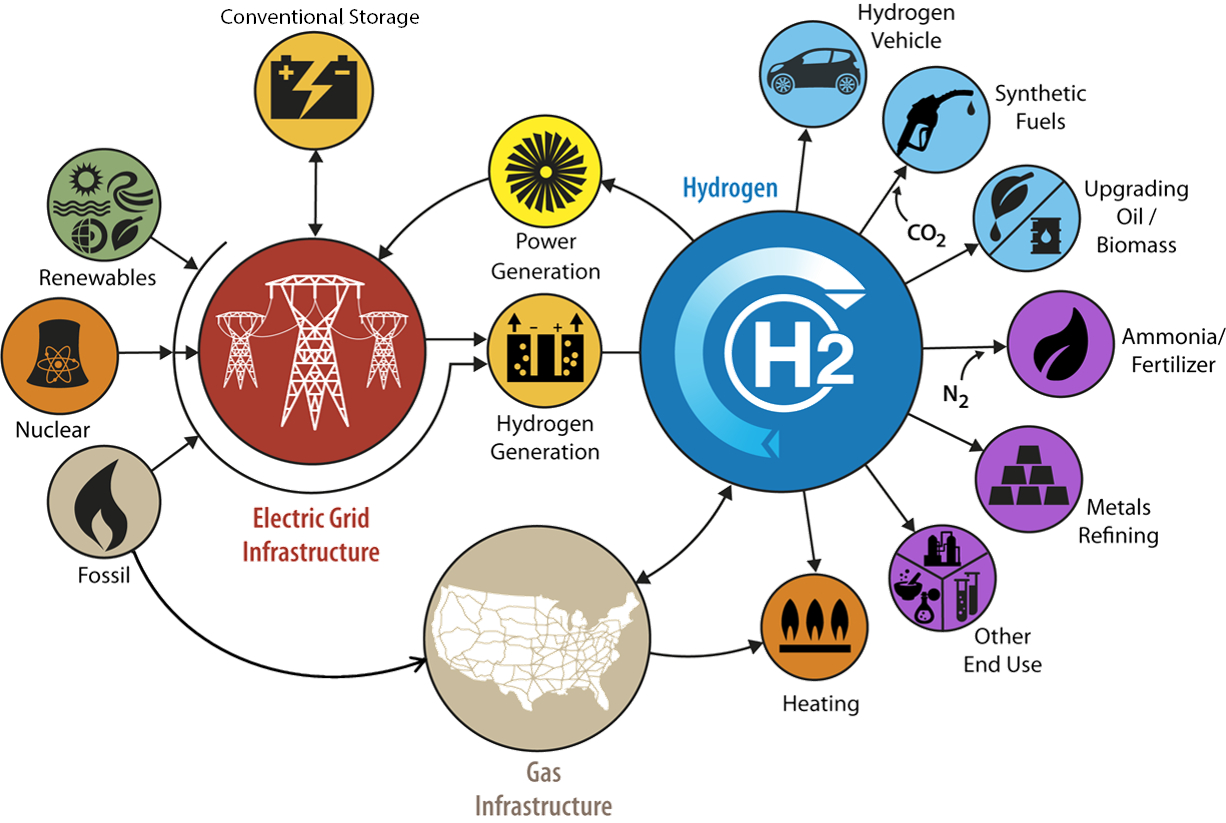 Image Credits: US Department of Energy

Concerns remain about the safety of hydrogen infrastructure but despite Hindenburg syndrome both government and corporate sectors are making inroads into the most promising energy technology of this century. Another concern to be addressed is the effect of inevitable hydrogen leaks on ozone hole.

“While future price is uncertain, NREL estimates that hydrogen fuel prices may fall to the $10 to $8 per kg range in the 2020 to 2025 period. A kilogram of hydrogen has about the same energy content as a gallon of gasoline. FCEVs are about twice as efficient as gasoline-powered vehicles: an FCEV travels about twice as far as a conventional vehicle given the same amount of fuel energy. At $3.50 per gallon gasoline, a conventional vehicle costs about $0.13 per mile to operate, while an FCEV using $8 per kg hydrogen fuel would cost about $0.12 per mile.”
Source: NREL, California Energy Commission

Interested in more of this research and a chance to learn about market opportunities in the fledgling hydrogen economy? Our market report features data-driven insights from our market intelligence platform.